Home / Lifestyle / General / “The middle place – What waits beyond it?”

Here we were again, I looked at him sleeping beside me and thought: “The girls are going to bloody kill me!” I stared at the ceiling as I snuggled back into the middle place. Was I just the middle girl? Would I ever be beside him as everything, or was I doomed to forever be his maybe?

In today’s dating world, maybe we’re all destined to be the middle girl at some point. The girl who is there for the tough times, the middle point between his real relationships. What causes this? What banishes us to the middle place? And why is it always the girls who truly care that get plonked there?

We know him so well, but always expect differently. Maybe he gets spooked, maybe he is a user… maybe we’ll never find the answers in his bedroom.

He pulled me in closer, mumbled something affectionate, and as cute as this man was to me, I had a strong desire to ask: “Why are you such a prick?” and “Do you like me, or do you just like the idea of me?” even more so. The real problem was, I also wanted to ask him if we could drink tea together and watch a movie. I said none of them, but thought them all a million times over as I sent my familiar rant into the group chat.

The middle place – What waits beyond it? The following days showed me that it was distance, he had left me alone in the middle place again. It’s the same old story, we’re questioning his thoughts with our girl gang while we all drown in different middle places together. Closeness in the middle place is poison, distance is inevitable, and the men are a bloody nightmare. You aren’t a middle girl, a relationship pit stop. You’re a whole destination, you’re paradise. 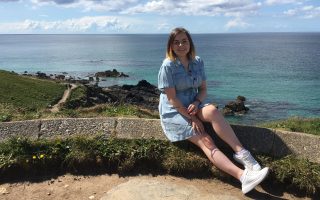 Next Year I’m Doing A Mamma Mia On It

“We’ve all lived it, we’re all haunted by the heartbreaks to some extent…”