As if Zayn Malik hadn’t broken enough hearts already, he’s hit the headlines again after ending his engagement to Little Mix’s Perrie Edwards. A source told People magazine: “She’s been putting on a brave face as Little Mix have had promotion to do, but she’s obviously devastated.”

Obviously I have no idea what went wrong between the two, but there is nothing worse than a broken heart so I hope poor Perrie is coping okay if she didn’t want it to end. It is unclear when the two split for sure but apparently it was around two weeks ago. She had previously sparked speculation as she was spotted without her engagement ring. 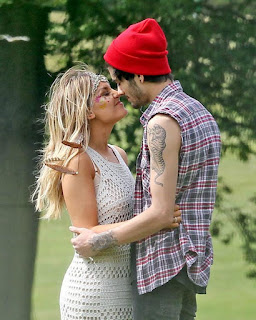 It is all very bizarre though with Zayn leaving One Direction earlier this year and the rumours going around that he cheated on Perrie. Did the pressure just become too much?

I have to say I really am surprised about this, especially since they seem so loved up on Instagram. I guess you just never know what’s going on behind closed doors. It was only last month that Zayn brought her away for a romantic birthday break.

I have to say though her girls seemed to be a great support as one of her bandmates shared the snap below of Perrie to her Instagram account. Perrie is looking super gorgeous as usual and the girls no doubt wanted to show Zayn what he’s missing.

In other news, Louis has confirmed his excitement about becoming a father. There’s just too much drama going on with those guys lately…

Interview with Alfie from Hudson Taylor

Rant Of The Week: Why Is Saving Money So Difficult?