Home / Lifestyle / Listening To Your Head And Your Heart

As a stubborn person, there is nothing more frustrating than the feeling of not being able to make my own decisions. I just hate that torn feeling where you are in the center of a hundred different opinions swirling around your mind. I like to think that as a 19-year-old, by now I know my own head, I know my own heart and I know my own gut, more than anybody else ever will or ever could.

You can never let other people make decisions for you, you will end up unhappy and full of regret. If there is something you want to do, then just do it. If you know it could be a foolish idea but it’s driving you crazy until you get it out of your system, then you need to do it. The things you want in your head and your heart are not there for nothing, they’re your gut telling you what to do. You feel stuck on them because they are important and mean something to you, even if nobody else can see it the same way that you can. Maybe it won’t turn out the way you wanted or expected it to, but then again maybe the events could lead to something even better than you had originally planned.

I’m at a stage in my life where I don’t for sure what I want in life. Sure I have goals and dreams, but I don’t know exactly where I’m going or what I’m doing, but I quite like not knowing. Everything happens for a reason and I think people should have the freedom to live the life they want to live. If you listen to other people, you will always resent them for it because they’re not living in the situation, they aren’t emotionally involved in the situation, they can give advice but they can’t force you to make a decision. Only you really know what to do. No matter what happens, everything will be okay in the end, and if it’s not okay, it’s not the end. 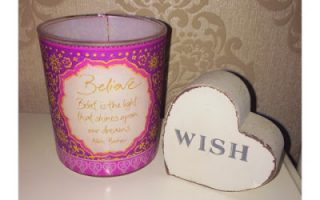 And Eventually You Will Be Where You’re Supposed To Be!

Rant Of The Week: Surviving The Leaving Cert Orals

Rant Of The Week: My Reaction To One Direction’s ‘Perfect’