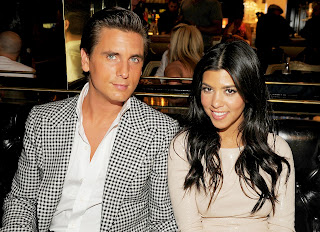 Soooo I haven’t written one of these in a while which is surprising because there has been a lot going on in Celeb land recently!

Firstly, my heart goes out to Kourtney Kardashian and her three kids over her shock split with Scott Disick. What are your views? I think it’s very easy for the rest of us to say she deserves better but at the end of the day it must be very difficult for her, she has been with him for almost a decade and she must love him.
I hope Scott will sort out his partying lifestyle and no matter what happens with himself and Kourtney I hope he still gets to see their three children. However, I think he needs to be careful of how his behaviour is affecting them because Kourtney will not want a bad influence around her children, especially after how angry she must be over those controversial Chloe Bartoli photos. I’d say she wants to kill him!
And as for Kris saying she still wants him on Keeping Up With The Kardashians? Ummmm I think your daughters happiness is the most important thing here Kris. At least Kim and Khloe have been spending time with her to try to lift her spirits, sister goals <3 Rumour has it Kanye has also told Scott he needs to get his act together, this is why we love Kanye! Despite all the family drama, Kim and Kourtney no doubt had a great day in Disneyland for Penelope’s birthday, it’s a shame my invite got lost in the post…

In other father news, I nearly choked on my tea when I saw a headline that Louis Tomlinson has a baby on the way. And it isn’t with me before you just presume that it is (I wish!). That woman is so lucky! Apparently her name is Briana and they aren’t in a relationship but are both very excited.
I can’t stop thinking about poor old Eleanor though, that must be tough on her since they only split up this year but had been together for three years.
A source told HollywoodLife.com “Eleanor was shocked when she heard the news and kind of sick to her stomach,” “It’s not like they had been broken up for long! Louis mom broke the news to her — they’re still very close. This is not the kind of news any ex-girlfriend wants to hear, especially when you dated someone for so long and then the next person who comes along ends up getting pregnant,” they added.
Well you can’t really blame the girl for being devastated, especially since he has three other woman currently on the go who are all equally shocked. Maybe you need to tone down the crazy single life a bit Louis? He hasn’t confirmed anything yet though, so lets not get into too much of a panic people. What a Dilf though, there is really no denying that…

On a totally different subject altogether, I feel so bad for poor old Cheryl Fernandez Versini and all the criticism she is getting over her recent weight loss. Nobody knows what she has been going through or the circumstances surrounding it so I really wish people wouldn’t be so quick to judge. She has been mourning the loss of her father-in-law so she really needs support more than anything right now. I still think she looks gorgeous.
As always though, the feisty singer was quick to defend herself, posting on Social Media: “You have no idea what I have been through. Just loosing my father in law v recently and everything that comes with that. Not that I am or should justify myself to anyone. But I am so sick of people thinking it’s ok to be mean or body shame anyone. And it’s always woman on woman. Have some respect and maybe think there may be reasons why before opening your mouth please.” You tell them Cheryl! 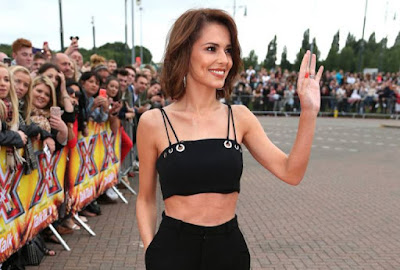 Moments With My Mum

Home Is Where The Heart Is