Why I Think Taylor Swift Is An Ideal Role Model

Anybody who knows me knows how much I love Taylor Swift. I’m actually going to see her in concert soon thanks to my wonderful boyfriend! I recently read something about an interview she did with Elle and how she spoke about her song Clean off her album 1989. Now I know she often gets criticised for writing songs about her own experiences with love, but I actually admire her for that. There is no other girl out there that has the ability to cheer me up within a period of 3 minutes or so. As cheesy as it sounds, TayTay has got me through some very tough times.

Here is what Taylor had to say about heartbreak: “Shake It Off” and “Clean” were the last two things we wrote for the record, so it shows you where I ended up mentally. “Clean” I wrote as I was walking out of Liberty in London. Someone I used to date—it hit me that I’d been in the same city as him for two weeks and I hadn’t thought about it. When it did hit me, it was like, Oh, I hope he’s doing well. And nothing else. And you know how it is when you’re going through heartbreak. A heartbroken person is unlike any other person. Their time moves at a completely different pace than ours. It’s this mental, physical, emotional ache and feeling so conflicted. Nothing distracts you from it. Then time passes, and the more you live your life and create new habits, you get used to not having a text message every morning saying, “Hello, beautiful. Good morning.” You get used to not calling someone at night to tell them how your day was. You replace these old habits with new habits, like texting your friends in a group chat all day and planning fun dinner parties and going out on adventures with your girlfriends, and then all of a sudden one day you’re in London and you realize you’ve been in the same place as your ex for two weeks and you’re fine. And you hope he’s fine. The first thought that came to my mind was, I’m finally clean. I’d been in this media hailstorm of people having a very misconstrued perception of who I was. There were really insensitive jokes being made at awards shows by hosts; there were snarky headlines in the press—”Taylor Goes Through a Breakup: Well, That Was Swift!”—focusing on all the wrong things.”

I’m only young, I’m 19-years-old. That means I have faced all of the struggles and heartbreak that teenage girls go through. When people have bad things to say about Taylor Swift I actually get upset, not only because of how much she has achieved for a woman so young, but because these are her real life experiences that she has faced. Every song she writes has a story behind it, whether it’s when you’re sixteen crying in bed while your mum tries to comfort you, or when you walk down the street and bump into that one guy who shook up your world for such a long time and your stomach drops because he’s with a girl who isn’t you.

I can really relate to what Taylor is saying in this interview, learning to cope with the emotional ache of a broken heart where nobody can feel it but you. And while people to tell you to get over it, you can’t because it’s everything you want and you feel like it has all fallen apart. 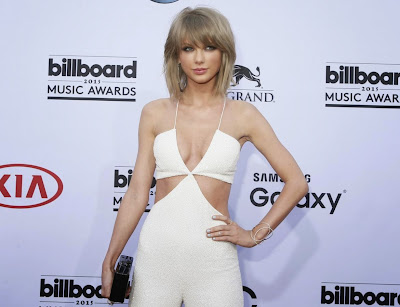 I grew up with Taylor’s music, as her songs got more mature, I got more mature. She is no longer aiming specifically at a teenage generation because she is 25 now. Heartbreak doesn’t just stop when you leave school, it will always be an issue for people everywhere. Yes she has had many famous boyfriends, but how many of you would turn down a date with Harry Styles or Calvin Harris? Why should she be expected to stay with one of them forever if she isn’t happy? And why shouldn’t she have the right to use her own talent to describe these experiences?

All of her lyrics have such a strong hold on me because she is just so easy to relate to.When I’m feeling down, she is the first person I turn to. She has helped so many girls without even knowing us. I will always be grateful for the way she puts my feelings into music and makes me feel like I’m not the only one that is hurting.
She literally has a song for every moment and in various life situations I can immediately relate the moment to a certain song.

Yes, I may be devastated now, but look at Taylor Swift, she dealt with this too and here she is with eight Billboard Awards and Ed Sheeran as her partner in crime. Don’t break my heart, I will be able to overcome it and become a lot stronger.

“People haven’t always been there for me, but music always has.”- Taylor Swift. 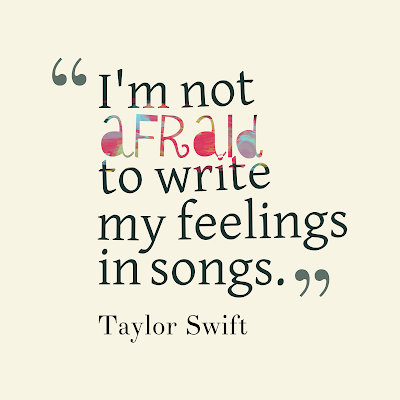