Home / Lifestyle / General / “Give him back his energy hun, because it’s very possible that it’s draining yours…”

I believe we’re all familiar with the pushing. It’s that feeling when a wall is suddenly between you both even though everything seemed fine yesterday. Strangely enough, the push seems to come after the pull was making progress. You were onto something great, his energy magnetic, and then BOOM. He’s gone weird. Just like that, and you’re left to piece this together like one of those massive jigsaws the whole family gets involved in at Christmas. The good thing about jigsaws is that the pieces link, but sometimes in relationships, they don’t.

There is a crippling “Oh no, not again…” feeling that comes with that push, but why is it there to begin with? Why are so many of us so familiar with the feeling of being pushed away? The thing is, when we’ve been pushed too many times, we can become the ones doing the pushing. It seems to all be knock-on.

The last time I felt the push, I was filled with dread from head to toe. I knew the signs, but I didn’t want to admit they were there. Was he spooked? Was he over me? Would I ever know? In our generation, why do dates become dread so hastily? Why is kissing so quick to become missing? I think many of us would have less to heal from if people didn’t fade away, because very often we are analysing what we don’t know rather than what we do.

I mean, we know he treated us like crap, yet we can’t help but think BUT WHY DID HE TREAT US LIKE CRAP? It’s the why that kills us, crippling us at the most random times, putting a barrier between you and your new Prince Charming who may have nothing but the most genuine intentions.

So when we no longer think he’s gone weird because we know he’s gone weird, we have to start to detach from his uncertainty and confusion, when all we can really wonder is why he bothered showing up with certainty yesterday, when he knew he would be nothing but an opened Snapchat symbol tomorrow. Give him back his energy hun, because it’s very possible that it’s draining yours.

“So, when the guy we’re not dating becomes the guy we didn’t date… how do we move on?”

“We stood there, under a Springtime night sky, frozen in a completely ordinary moment…” 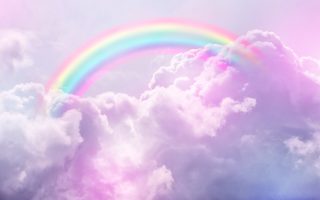 Give It A Rest: Listening To Your Body When You Feel Burnt Out