Home / Lifestyle / Under The Influence 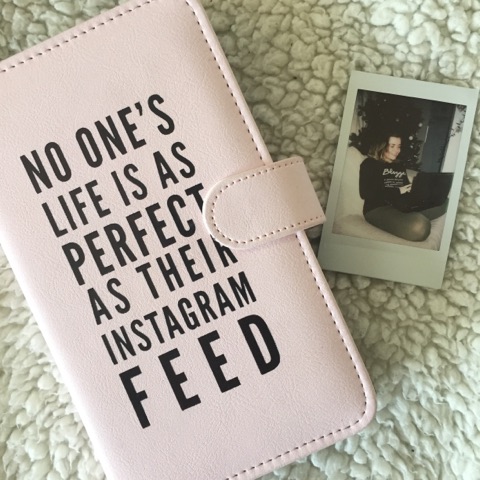 Living your youth in this generation can be daunting to say the least. In a world full of filters and Influencers, it can often be hard to let ourselves be our own influence. I will even admit myself how daunting it can be, and this is coming from a woman who is trying to break into this world of social media influence. I am always looking for new ways to get my writing out to an audience and often get overwhelmed by the time and emotional strain that goes into this. Sometimes I just have to take a moment to have a breather and remind myself that the majority of things staring back at me on that screen are false. Honestly, as deep as this sounds, I have recently realised that I have been trying to fit into a world that I don’t really fit into at all. In fact, trying to show the most confident, perfect side of myself to the world is an exhausting mind game. I feel few people address this toxic issue to the people who keep up with them all the time, so I wanted to. As a completely ordinary woman, I want to talk to other ordinary women about the sugar (filter and photoshop) coated ordinary women.

To be quite honest, people’s social media followings are growing at the same rate as their lips and I just cannot keep up with it. I think teenage girls nowadays deserve an applause for being themselves. They are caught up in a world where you are expected to have the highest points of your face popping with a completely unnatural glow, cheekbones chiseled like a renaissance sculpture and you will always think your eyebrows have to be drawn on at a perfect angle. Don’t even get me started on the waist line, the real struggle to squeeze into your skinny jeans in the morning is something that is often brushed under the carpet, or under the Gucci belt (or for us normal folk, the €4 Penneys equivalent because I jumped on that basic bandwagon too!)

As if your teenage years aren’t hard enough already – They are the years for making and losing friends, following and starting trends and let’s not forget that dreaded time period of first moments that have been hyped up to be like something in The Notebook when in reality you can’t believe that was what all the fuss was about. Today’s young women will be waiting for Mr. Insta Perfect to land on their doorstep without realising he doesn’t exist. Just because someone’s relationship fits perfectly into a certain theme, it doesn’t mean the reality is like that.

I tried the Insta-relationship, and although the pictures were cute and all seemed well on the outside, on the inside it didn’t click. I lost myself trying to find him when he should have been there already. To everyone else it was the perfect pair, but there was an invisible wall between us and eventually I had to stop trying to climb over it. This man was fooled by the falseness of his screen and the woman I am never looked like any of the models he followed. I couldn’t bring filters into bed, I never woke up airbrushed or with my teeth whitened, and the only six pack I possessed was when the Cheese and Onion Walkers were on offer in Tesco. Remember, a boyfriend isn’t just for Instagram! So I let him go, making room in my life for the man who doesn’t need to edit parts of me so I fit into his world or his heart. Also, I had to go on a hunt for my self-confidence again because sadly, perhaps unknowingly, he ran off with it.

Look, this may be a controversial thing to hear in our generation but honestly, as much as I love it, social media drains the life out of me. This caught in the moment photo business should really be called “My mate was caught in the moment because I had her down on her hands and knees snapping photos of me staring at the ground or laughing at my coffee cup for a good hour.” Trust me, I’ve seen it, and I can promise you the cappuccino wasn’t that good at telling knock-knock jokes.

I know you feel like you should fit into a certain ideal but being honest gals, the reason you don’t look like these beautiful women is because they don’t even look like these beautiful women. And no, this is not me criticising other women, this is me telling women who don’t look a certain way that they don’t need to. For example, why are we praising naturally stunning women for posting the rare makeup-free photos? Don’t get me wrong, I know many of us have our insecurities but has this become such a strange phenomenon that every woman spotted without an added layer on her face deserves some sort of goodie bag? If so, I’m owed four from this week alone, an extra one for sporting a puffy eye and and an extra two for the spot I didn’t notice had grown into a volcano on the verge of eruption on the end of my nose until I got home.

Filters, editing and angles have become far too easy to master, and yet our nation’s future of women are expected to believe these are the results of the latest foundation on the market. Save your money, or spend it on the cheaper dupes, because no price tag on a foundation bottle can turn you into the images that are currently flooding your Instagram feed.

I recently spoke with a young woman who is a few years younger than me. As we both scrolled through our phones we shared our thoughts on social media and how it affects us. Overall, I realised it was having an influence, but unfortunately a rather negative one. We scrolled past a false idea of perfection many times and watched the amount of likes on pictures of people we had never met raise into the thousands. Even when my own Instagram came into question, an account with hardly any followers in comparison to others, I was faced with the saddening comment “Your life looks amazing, it looks like you go out all the time!” And while some people may like hearing that their life is portrayed as perfect, it hit me in another way. I had a sickening feeling in my stomach because my Instagram is not my entire life. I do not go out all the time nor do I have a particularly spectacular life. I have spent every evening over the past three weeks watching I’m A Celebrity Get Me Out Of Here and I had a vomiting bug on Monday. I have days where I feel extremely down and have spent a portion of this year trying to mend a masked broken heart all by myself.

I have spoken to many friends of my mum and listened to the alarming negative influence this Insta-world is having on their children. Too many people are feeling pressured by society to portray perfection and reach over 100 likes to keep up this false front. Embarrassing teenage pictures no longer exist because the teenagers of today are keeping up with Insta-trends by the second. We are quickly losing our youth to a world that isn’t even real.

I am not saying I hate social media or dislike following people, in fact I absolutely love it, but sometimes that’s the problem. Quite often we can become so absorbed in the lives of other people, that we can forget we have our own paths to follow. Yes, while there are negatives, of course there are also positives when you find people who inspire and motivate you and I think this can be important too as long as it is something healthy for your mind to strive for. This post is not meant to be a rant, in fact it is just a small reminder to the people who can’t see behind the scenes that everything is not all it seems. Our world is becoming an increasingly weird one. So, so weird. Society has changed massively. A few years ago none of this online influence was around, so why is it having such a major impact on people’s minds?

I think it’s absolutely okay to look at yourself in the mirror and love the person staring back at you, even if you sometimes feel she could be smaller, or taller or less pale, that is completely normal, you’re human, of course you will have your own insecurities. And it’s okay to be unable to afford trips to the Maldives every six months, and if you haven’t found the love of your life yet, it doesn’t mean he’s not out there. And no, despite popular belief, photoshopping birds into your pictures isn’t a requirement. It’s really okay to take a step back from everyone else’s picture perfect lives to nurture your own. You can’t have great lighting on every single part of your life all the time. They have the bad days, the bad breath and the bad breakups too, they just choose not to highlight it.

Your worth is not measured by followers, photoshop skills, a consistent Instagram feed or your amount of visits to a luxurious Greek Island. Are we all just under the influence? Is this addiction really healthy? You only have one life, are you really prepared to waste it by comparing it to false lives you’re watching through a screen?

Rant Of The Week: Manchester Moments

Boys Will Be Boys?