My 24 Hours Without The Kettle 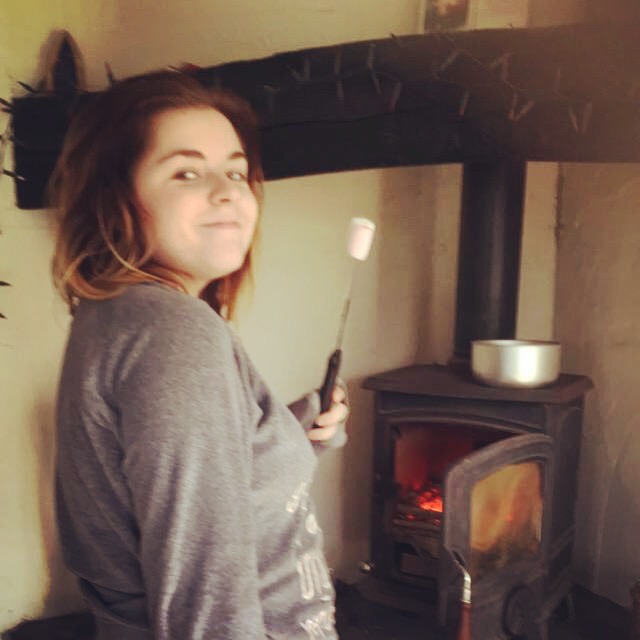 I woke up at 8:25am on a much anticipated Monday morning. I stayed in bed listening to the start of the howling wind until the words “Feeeee, tea!” made my body get up and hurry down the stairs, similarly to a child on Christmas morning. I sipped away like I would any other day and stared out of the window at the darkening skies and swaying trees. As I took my final sip, and this was actually final, unlike many others I always finish every bit of my cup of tea, even the last drop. So, as I took this final sip I placed the mug on the tea-stained coffee table and kept on living as normal – Snapping friends, arguing with my brother, communicating with my cats through the window, etc. However, as the clock struck 9:30 (ish, the details are all a blur) and the glow of the lamp beside me fell into darkness, it suddenly hit me – The power had gone. Storm Ophelia hadn’t even fully arrived yet and she had already taken the power… my power. “What now?” I pondered as my wifi disappeared and my 3G failed to load. “Oh, yes! I’ll make a cup of tea.” I decided, but it was not that simple.

I then spotted my dad braving the walk from the kitchen to sitting room, carrying a pot over to the fire. At this point I realised that this was our kettle for the day. And you know how they say a watched pot never boils, well the creators of that saying had a bloody valid point. As everyone became engrossed by the sheer power and beauty of mother nature, I watched this pot and the raging flames beneath it. Wrapped up in a blanket, I stayed on the couch snuggled up like a human sausage roll and waited. The teapot was becoming more and more lonely on the coffee table. I lifted the lid, all that remained at the bottom of the teapot was a trickle of warm water from an hour ago and two used teabags. Nothing else was going through my mind, I no longer cared about the lack of phone service or the lack of light in the room, I just needed a fresh, easily made cuppa. Was this addiction?

After three pathetic (great effort though) cups of tea, by 8:30 that evening I had my hat and coat on, ready to brave the remainder of the howling winds and head into my dad’s workplace. Did I bring my phone charger? No, the only thing in my arms was a flask which I was protecting with every maternal instinct within me. Our neighbours were also without power, so my dad’s shop was our only salvation. After the 15 minute journey, I prayed to every saint, god and deceased pet that the power would be on here. When the lights worked I made my way towards the kitchen area and I stared at the kettle for a moment. How beautiful it looked, so curvy and inviting, offering a warmth for all. The boiling sound increased and filled my ears like a beautiful melody composed by one of the greats. As the water poured into the flask, the steam rose and my imagination brought it to life, making it seem to grow into blissful shapes and pictures – Biscuits, doughnuts, puppies, Zac Efron topless, you name it.

On arrival home I realised that every cup of tea that day had a strange taste to it. It did not sit as well with me as tea usually does, but it had to do. It was the usual no sugars, bit of milk and nice chunky mug, but something was different. This tea was not made with tender loving care, it was made out of necessity, the desire to feed the addiction. I went to bed at 10:30 that night, allowing my thoughts to fall out of craving and into a blissful slumber.

The next morning I got dressed in darkness with a dead iPhone beside me. As 9:15 arrived and a lamp began to flicker, something inside of me also flickered. I think this flickering was hope. Hope kept me going through my 24 hours without the kettle, and as the lamp turned on for good, I ran out onto the landing, my ears expanding to hear the sound that I knew was coming – The boiling, the beautiful boiling. I smiled to myself and continued getting ready. When I was a little bit more glam and ready to go, I made my way downstairs, and even though my phone was still dead, the fire unlit and there was a slight chill in the air, the four cups of tea in a row on the coffee table seemed to put everything back together again, as if Ophelia had never come near the Fox household. I know this storm changed me and I can’t explain how, but all I know is this house had once again become a home and four mugs awoke four souls. Oh, I also found out that a watched pot NEVER boils so don’t even try making eggs on the fireplace mid mini hurricane! 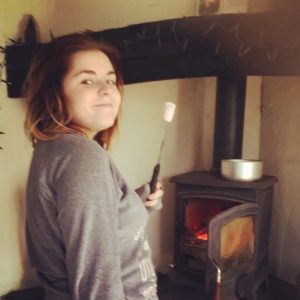