Hey everyone! How are things with you guys? Anything exciting been happening? I hadn’t been up to much, I went to support a few events in my own local area and then yesterday I went on a trip to Dublin for the day with my Mum. The trip was badly needed!

Do you ever get into those moods where you just don’t feel like yourself? I’ve been feeling like this for the past few weeks which is strange because I’m such a social butterfly and am usually running out the door every weekend. Recently though, I’ve really been keeping to myself and haven’t wanted to be doing much. I was feeling a bit down in the dumps like I needed a break from people, if that makes any sense at all! I don’t really know what is causing this feeling, but recently I have been content with staying at home in my own company. I think it is because I went through a month or so where one thing after the other seemed to be going wrong and I eventually decided if I stay by myself I won’t be getting upset anymore (which sounds a bit silly when I actually put the feeling into words). Usually I love being social and out and about but I seem to have fallen flat and have no energy to do this. I think sometimes it’s good to take a break from the people around you if you’re feeling some of the energy is quite negative, but you can’t block it all out either because it isn’t healthy to isolate yourself. While this was going on though I was also feeling extremely trapped at home, so you can’t win either way! Haha So anyway, off I went with my mum to Dublin for the day!

We had eight hours to kill in Dublin City, which is easily done with cups of tea and Penneys! I think we all know I’m easily pleased with a bit of retail therapy. We had a very early start so the first stop when we arrived had to be for tea, so we went to a beautiful little Parisien Cafe. Anybody who knows me knows that Paris is the place I want to visit the most in the world – Probably because of it’s fashion and the fact that it is known as The City of Love! I enjoyed a cup of tea, lemon tart, and told my mum how I had been feeling lately with the lovely sound of French music echoing through the air which gave me an instant lift. 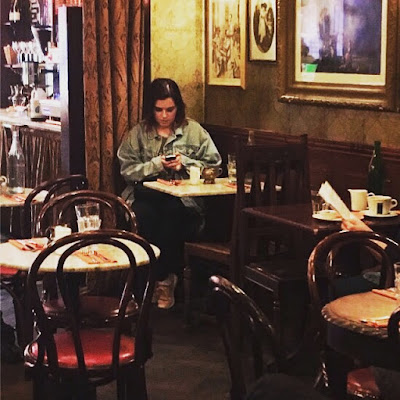 After this, we spent the whole day shopping (mainly Penneys) and I really did go a bit OTT! I literally shopped until I dropped, no joke, after about three hours in Penneys I thought I was having a hot flush in the accessories section so we had to get out for a lunch break before I melted into nothing in my favourite place. What a way to go, eh? On top of all this my bladder was about to burst because of tea and it was all becoming too much! Haha Needless to say, we legged it out of there. Well, I guess my mum walked normally but I kinda awkwardly waddled down the street to the loo! DON’T DRINK TEA BEFORE ENTERING PENNEYS IN DUBLIN BECAUSE YOU WILL NOT BE IN AND OUT QUICKLY.

To be fair, I was bursting, overheating and my arm was hanging off me from the weight of the basket because I bought so many lovely bits. I will be sharing these on my Instagram over the next few days (@thefoxfiles) I absolutely adore the embroidered floral heels below that I was going to buy in Penneys for 25 euro, however, when I went over to the other Penneys they only had one pair left – My size AND reduced to 11 euro! Fate? I think so! 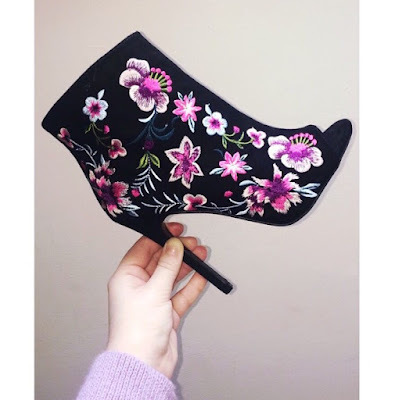 Overall it was a lovely day (mainly because we got doughnuts, mmmm) and it was so lovely to go for a bonding day with my mum in a place that wasn’t our usual. There is something so refreshing about new places and new faces when you’ve been feeling a bit low. You are never alone in the world, there’s so many people you have yet to meet (A possible blog post topic? Watch this space!)

I am meeting my best friend for lunch tomorrow and also seeing my other best friend this week who I haven’t seen in ages because she hasn’t been in Ireland. I can’t wait for a catch up with both of them, it looks like this social butterfly’s wings will be back in action sooner rather than later!

The moral of this post? Life is too short to be spent inside alone when there’s delicious, sugary doughnuts out there waiting for you… 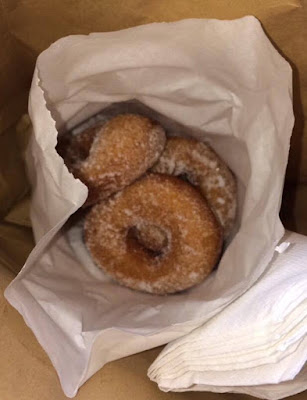