I Didn’t Get Turned Into A Mouse!

Can anybody remember being absolutely traumatised by the film The Witches as a child? Remember the film that is based on the book by Roald Dahl about a boy and his grandma and the children getting turned into mice? As frightening as it was, I have seen it hundreds of times because I loved it, I think it’s a great film and I still watch it anytime it’s on TV. Sure after you watch it you may spend your time in crowded areas trying to spot witches, but it’s so worth it (and probably a handy skill to have!)

Anyway, a few years ago while on one of our annual family holidays to Cornwall myself and my sister spotted a hotel in Newquay and I said ‘That looks like the hotel from The Witches!’ it was only when I went home and googled it that I realised that’s because it is the hotel from the film. Although it was called Hotel Excelsior in the film, the actual name of it is The Headland Hotel. 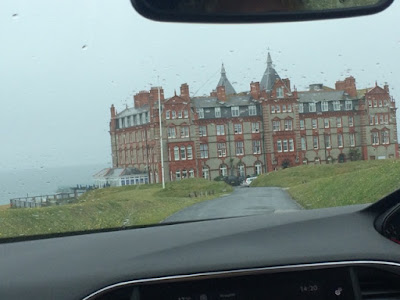 This time when I visited Cornwall I was determined to go and visit it so we decided to go there on our last day. Driving up to the hotel I was so excited! My inner child couldn’t contain it! The views from the hotel are stunning, as was the hotel itself. It only got better as we got inside, it was gorgeous. I asked at reception if this was the hotel where they filmed The Witches and the woman I asked was kind enough to give me a sheet of information about it which I think was lovely of her. The staff were all so lovely which I think is an important part of going to a hotel because you feel much more comfortable. We had lunch there (highly recommend the chips) and I read all about the filming and location, all about the rooms they stayed in, Rowan Atkinson’s eccentric nature and how Jack Nicholson sent flower arrangements to the hotel for Angelica Houston who was his girlfriend at the time! Wow! 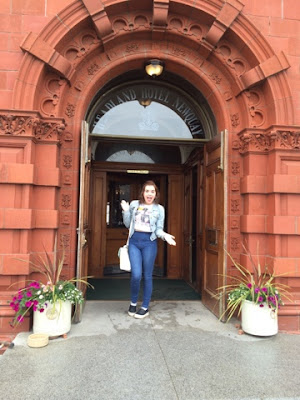 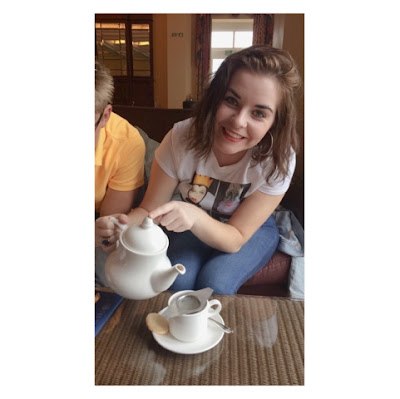 Myself and my family immediately fell in love with the hotel and to be honest, some of the rooms even reminded me of the gorgeous rooms we see in Titanic. It had a very elegant, cosy look which I loved. If things weren’t already going well enough we headed out to the bathroom and when my mum and I came out we realised my brother was gone… my first reaction was ‘Oh my god, he’s been turned into a mouse!’ but luckily, he had just gone downstairs to the mens toilet! As we were strolling down the hall, a familiar face caught my eye, my mouth dropped and when I turned and looked at my mum, her reaction then confirmed that I wasn’t going crazy… we had just seen Phillip Schofield! What are the chances! He had a large number of family and staff around him so I didn’t ask for a picture but I do regret that now. I immediately scanned the room for Holly but I soon realised it was a family occasion! Haha 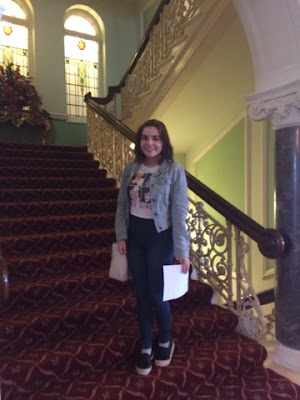 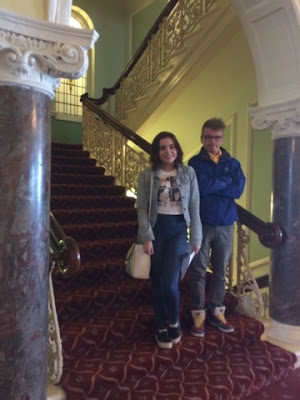 Even though it poured from the heavens all day I didn’t mind, it gave a much more eerie setting and I got so caught up in the atmosphere, I was on a buzz for the rest of the day! I would love to stay in the hotel sometime (perhaps in a room they used in the film?!) so that is definitely on my bucket list now, but at least I can tick off that I saw it. 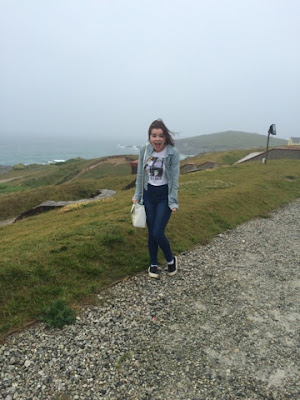 If you visit Newquay or even Cornwall in general, it is definitely worth a visit. Whether you’ve seen the film or not, and spot a celeb or not, the absolutely beautiful sea views at The Headland Hotel are not to be missed! Just look out for the Grand High Witch and try not to be alarmed by any possible mice!