I was just scrolling through social media earlier on as usual when I realised that people were stressing about the Leaving Cert Orals that start tomorrow. All I can say is rather you than me, but not because of the actual Orals, mainly because of the hype and build up to it. I did my Leaving Cert two years ago and I’m gonna be honest here and tell you that if I could sit through another forty minute Irish class or the Irish Oral again, I would choose the Oral. The same applies with French. I can promise you the Oral is not as bad as everyone makes it out to be, the whole hype around the Leaving Cert is really exaggerated a lot.

Believe it or not, life does go on after exams. The sun keeps on shining (occasionally, hello, Ireland), that boy you’re obsessing over still won’t text you back, and your mum will still have you emptying the dishwasher when you get home. I used to dread French everyday because one person got chosen randomly each day to talk in French in front of the whole class while we all waited for the contents of the egg timer to come to an end. Yes future Loreto girls, the egg timer is not just a myth, it was a very real moment in your teenage years and one that still gives me nightmares years later. I hope that egg timer gets chucked out of a window to be honest, not that I hold grudges or anything 😛 I also had the same fear going into Irish class because I spent the whole forty minutes with my heart racing because I hadn’t a single clue what my teacher was saying, I often wondered, how can we learn the language if you won’t translate what you’re saying? It got to the stage where the fear faded and pure frustration about being completely out of the language loop took over so I gave up completely and used to spend the class staring out of the window thinking about what I was going to wear out on Saturday night.

Despite this, the Orals still came as much as I did not want them to. The day arrived, and the hour, and the minute waiting outside the room scanning your notes one last time, and the second when you walk into the room and see your new friend staring at you. Alright mate, thanks for getting me out of double maths, I bloody hate algebra! What I’m saying is – If I got through them then so can you! I can’t even emphasise how much I was winging the whole exam. In the moment some words will just flow, you will definitely know something, and the time goes quicker than our dreaded egg timer ever did. You don’t have a whole room full of people staring at you or the teacher that is expecting you to know something after six years of teaching you how to speak a completely different language. It is literally you and some random person who doesn’t know you and is probably thinking about their own kids Oral exams or what they’re going to have for dinner later. And hey, if you’re anything like me hopefully they will think you’re completely thick and feel sorry for you!

Don’t let the panic take over your life! Despite what so many people think, it really isn’t the end of the world. I dreaded it just like you are now, I had the emotional breakdowns and the racing heart on the drive into school that morning. Have a good cry if necessary, a long hot bath, and a cup of tea. I believe in you, and just remember if worst comes to worst… Go tobann, thit Una ar an urlar, or something like that… Good old Una, saving the day as usual…

Best of luck everyone, you’ll fly it! What’s ‘Yolo’ in Irish?! xx 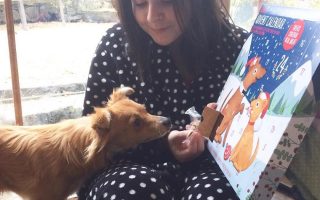 Behind The Face Of The Fox Files. 7 Facts About Me! 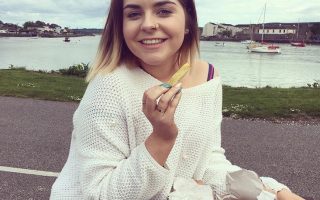 Taking Social Media With A Pinch Of Salt