Rant Of The Week: The Unspoken Rules Of Dating

2016 is such a complicated year to be a 20-year-old girl. Too young for settling down, but too old for mind games, so what’s in the middle? For me, the middle is a complicated time where I’m torn between my teenage heartache and curiosity about the future, and trying to make a life for myself out of the €20 in my purse while also battling a shopping addiction and love of nights out.

If things weren’t bad enough in the financial areas for us 20 something gals, the silly “unspoken rules of dating” are making us overthink everything and ask all our friends for advice so that we don’t follow our own heart and choose our own path. We then think of all the things we never said later on down the line because we didn’t make our own choices. Trust me, I’ve been there.

Has love become less fun as the years have gone on because of what society considers normal? During our Grandparents and parents youth, love sounded so simple. When you liked someone you did something about it and when you were dating it didn’t mean with six other potential partners on the side. Do we really enjoy living in such a complicated world, or would we just prefer if everything was straight forward? Have flings replaced relationships and reputation replaced romance? Well, I decided to ask my followers the things they find silly about dating these days and I think you will all agree with them because I most definitely do… 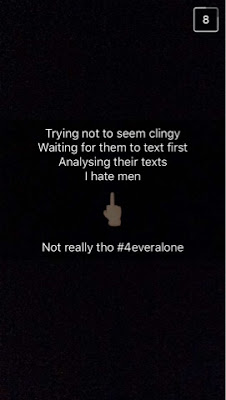 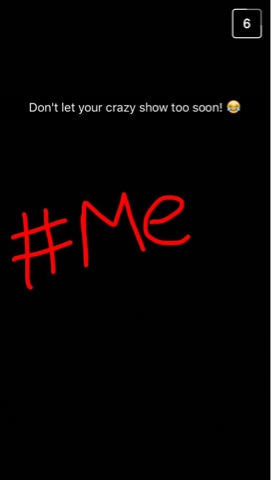 Things that also came up was how men are expected to pay for everything, how long before things get to a sexual level with the person you’re dating, the idea of flirting with others and the belief that girls should wear make-up around boys.

We are all aware of everything mentioned above, so why does this generation allow all of these things to be an issue? If we all agree that they are silly, then why do we follow them? We can break the rules, but for some reason the belief is within us that we shouldn’t break them.

I’m even guilty of all of these things, if I like a guy there is a huge process involved if I even want to send him one text. The idea has to be approved by my girlfriends, we have to see who was the first person to text last time, the text content is then decided by all of us, numerous screenshots of the text are sent back and forth to make sure we get it just right, we spend another hour wondering whether he will reply and how long it will take him… and sometimes it doesn’t even make it this far if one of the girls goes ‘Nah, I don’t think you should text him, you don’t want to seem too clingy. The guy should text you first.’ Where do we draw the line between crushing and clinging? My mums advice one time was ‘Just text him, and if he doesn’t reply and thinks you are clingy well then you’re obviously not supposed to be together anyway and then you’ll know to move on.’ I just remember staring at her in disbelief because I couldn’t believe she had even suggested such a thing.

Despite my first reaction, I later realised how right she was and how much more simple that could make things. If we like a guy and want to talk to him, then why don’t we just talk to him?

We are in a generation of overthinkers, and I think social media is partly to blame. Moving on in 2016 isn’t easy, you try to let him go but then you’re left with his Facebook, Twitter, Instagram, Tumblr and Snapchat. You’re watching his life go by on a computer screen but you’re too afraid to put yourself out there to try and be a part of it. Instead you waste your time waiting for a text that may or may not arrive and value your self worth on whether or not he liked your selfie. You could both be waiting months for a text that hasn’t even been sent and things will crumble because you will be thinking the other person lacks interest, when really they can’t stop thinking about you.

These unspoken rules of dating have not always been there, our grandparents didn’t over analyse emojis or deny feelings that were clearly there.

Is it time for a romance revival? If we all just admitted our true feelings would things be much easier and not so full of drama? This really shows that love is all about being yourself. If you want to wear make-up, wear it, and if you don’t, don’t. If you are a bit crazy, he will eventually find out anyway, and all girls are these days because these dating limitations drive us to insanity. Tell someone how you feel and if it does scare them off, be thankful that you found out sooner rather than later.

It’s clear from the messages I got from my followers that we are all as equally confused about romance, but love shouldn’t be stressful, love should be fun. Dating shouldn’t have rules, that’s what made the classic romantic movies so exciting. There wasn’t an iPhone in sight in Titanic, the Notebook or Notting Hill, and the highlights of the movie depended on them expressing their feelings for each other and showing their loyalty to each other. However, in 2016, I think we are doing love all wrong and my hopeless romantic heart doesn’t know whether it’s coming or going. Just because the world is full of unspoken rules, doesn’t mean you should be carrying around the burden of an unspoken heart.