Rant Of The Week: Love Always Calls Within Airport Walls

Recently, within the space of a week, I went to the airport twice. Once to drop off my dad, and once to collect him again. I knew what our story was, he was going to England to see family we have over there, but on that second trip while sipping on a latte eagerly awaiting his arrival home I got to thinking about everybody else that was there. The place was buzzing with the sound of coffee machines, suitcases being dragged, phones ringing, babies crying – a whole world of hustle and bustle. Everybody in one place for now, but about to disperse across the world within a matter of hours or even minutes.

I couldn’t help but wonder where they were all going. I noticed one woman looking quite frantic walking up and down, back and forth, and 40 minutes later she was still there. Constantly checking the arrivals board. Who was she waiting for? Her daughter? Husband? Boyfriend? Girlfriend? Mother? And why did she look so nervous? It then hit me how many different problems and lives there are in the world and mine seemed insignificant in comparison. Of course, she may have just been excited for the arrival home of a family member after a holiday, but then again she also may not have seen this person in months, years, or ever.
Just think about the wait for your suitcase when you get off the plane… it always seems like your belongings take forever to arrive, doesn’t it? This is because there seems to be so many suitcases going around in a loop that you get bored of waiting, but in reality, inside of that plain, or in my (suit) case polka dot exterior, there are even more worlds to explore. Gifts from other countries, other cultures, photos of people near, far and missed. In those suitcases there are pieces of people we’ve never even met, but some of these people we may cross paths with at some point in the future. However, this is completely unknown to us now at home in our security bubble. Will we meet them on the road we already live on? Walking beside the Great Wall of China? On top of the Empire State Building? In a little cafe in Paris?
Ordering my latte with my mum and brother, the man serving us seemed down – was he just bored? Upset? Feeling sick? I then walked into a shop and was served by a man who had a huge smile on his face the both times I went in there on my first and second airport visit. I just presumed he was in a great mood, but was he just masking his feelings with a smile while the man in the cafe was masking his happiness with a lack of facial expression? The woman with her little girl in the bathroom, were they also waiting for the dad of the house to come home? Or was it just the two of them?
I realised we don’t really know anyone or half of what is going on in the world because we’re all so absorbed with our own lives. I then binned my latte cup and as I began to leave the airport after a hug from my dad, more masses of people coming and going passed me by, but within all of that I took one last glance at the frantic woman, she was still waiting and I just hope she found happiness in whatever she was waiting for. 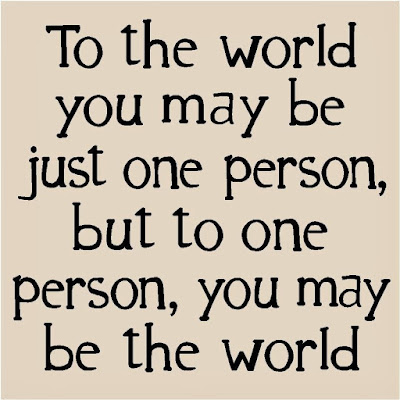