There is nothing that annoys me more than ignorant people. Well, apart from putting on fake eyelashes, but lets save that for another day! It takes two seconds to say hello to somebody, you aren’t more important than anybody, nor are they more important than you. Whether you’re eighteen or thirty two, the queen of England or the person who cleans Kim Kardashians Louboutins, we’re all the same.  Nothing ruins a persons positive vibes for the day as much as an ignored ‘good morning’ does. Did you hear me? Would you like me to shout it? Chances are I never actually say these things, I just think them, but I really need to work on actually saying them because when I go home upset about people being mean to me my dad will always tell me the same thing “You’re a fox, you’re not afraid of anything” and as much as I would like this to be true, it turns out I am in fact afraid of many things…rats, collarbones, the big window at the bottom of our stairs, and my dad chasing me pretending to be Urko from Planet of the Apes…but I suppose I get where he’s coming from!

I suppose the best thing to do is to free yourself from negativity. Remove them as a negative influence on your life. You are forever going to meet spiteful, unfriendly people, whether it’s in school or out in the big bad world, but it’s just learning how to cope with these things in life which I think all comes with life experience and a positive frame of mind! Sometimes I feel intimidated by older people but when I take a step back I realise I am in fact eighteen years old, I know what I want and I know what I need to do to get there. I have managed to survive eighteen years without you and your attitude and I plan on surviving many more the same way. It’s your life, you can live it as positively or negatively as you want, nobody else can stop you.

I know I have taken rant of the week to new extremes this week, but after a long and slightly stressful week I think it needed to be said. Its nice to be nice, simples 🙂 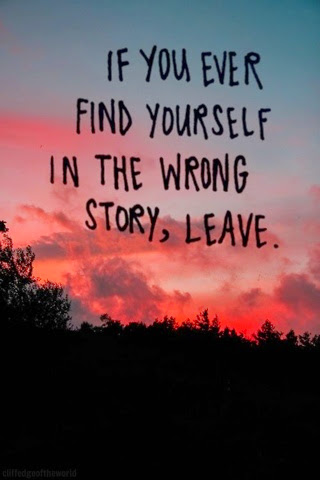 Rant Of The Week: Why Do Family Outings Always Turn Into World War III?

Rant Of The Week: It’s All Over For Another Year!