Christmas is my favourite time of year without a doubt, and er, no it’s not because I finally have an excuse as to why I’m skipping around the house singing All I Want For Christmas Is You, or an excuse as to how I somehow managed to gain two stone within a period of two days. However, that is another advantage of the season! I think I love Christmas because it has always been a big deal in our house, there are so many family memories that I will always look back on and wonder what I did in my past life to deserve to be stuck involuntarily with this bunch of idiots.

The Fear Of The Mysterious Bearded Man In The Red Coat
Of course, me being the paranoid, easily freaked out individual that I am means I did used to be afraid of Santa. Instead of leaving my stocking at the end of my own bed on Christmas Eve I would have to leave it at the end of my sisters instead. Sure I was afraid of the guy, but no way was I missing out on presents when I had been on my best behaviour for the past week! Anyway, there would be a note on my bedroom door written by my mum which read “Santa, I love you but I am a bit afraid of you so can you please leave my presents in my stocking which is at the end of my sisters bed instead of my own.” Classic Fe…

The Annual Christmas Tree Family Argument
Okay, maybe this is just my family, but do you guys also have arguments every year when the decorations are going up? This is usually started by dads frustration while trying to get the massive Christmas tree into our teeny tiny hobbit house and my sisters desperate need for tree organisation and intensely boring colours (clearly the christmas decorations that I made in senior infants mean nothing to her). Spending three hours untangling lights which then turn out to be broken doesn’t exactly help the situation either, and this was once followed by mum chucking the whole tree out of the front door after my dad. My brother and I didn’t let this affect us, we were unable to move due to the over consumption of candy canes from the previous hour…

My Sister The Happiness Crusher
I know I always write negative things about my sister when we were both little, but don’t get the wrong idea…we’re still bestie, k? Anywho, back to the negativity, she once filled my stocking with toys that we already had and woke me up like ten minutes after I had FINALLY fallen asleep by announcing “Fe, wake up! Santa has been!!” No. No he had not.

The Old “When We Were Little All We Got For Christmas Was Fruit”
No matter what family member is saying it, it’s the Christmas special edition of “We all had to walk to school barefoot” and it makes a comeback every single year. It always comes at a bad time, like when you’re playing on your new phone with a mouthful of leftover turkey and you want to feel sorry for them but all of your senses are just too happy to sympathise in that particular moment. Obviously you can’t tell them that, so you just smile and wave boys, smile and wave.

Dad: Mr Unfortunate
Not only did he once get coal for Christmas but he also missed the Christmas Eve when Santa was in the field next door feeding his reindeers. His whereabouts that night are a mystery to me and he was rather devo that he missed it when we told him the story. Lousy on ya Steve. 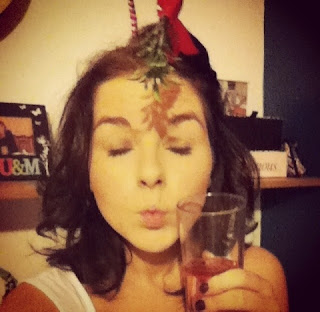