Home / Lifestyle / General / “Look, if you tell me we’re going for dinner in your favourite spot, I’m already mentally planning my outfit…”

Is it so hard not to tell someone you’re going to jet around the globe with them if you plan on ghosting them tomorrow? Ah, the big question of the night. Seriously though, a recent late night car dmc with a friend had me asking myself: “Why do some guys make promises they don’t intend to keep?” for the rest of the night, and I woke up pondering the same thing, along with “Orrr did they plan to keep them at some point?”

The promises/plans, big or small, generally sit with us on a deep level. Look, if you tell me we’re going for dinner in your favourite spot, I’m already mentally planning my outfit and having the heels or no heels debate with myself. And if we say we really need to go on a romantic beach trip, I’m already googling how to get sand out of tricky places (and I don’t mean the sandwiches…) Well, maybe that’s a little OTT, but you know what I mean. I like you, you make plans, I am READY. I have read into the meaning of it all, and I am wondering what level of romance this puts us on.

I’ve had plenty of promises made to me by Prince Charmings in the past, and very few have become a reality. Some made me wonder what was going on between us, others made me assume we were what I thought we were. So, are some of them just humouring us? Was there ever any depth to the plan? Do they know they’re about to sprint off into the sunset alone? Is it naive of me to get excited about this when it could potentially all crumble into a deep pit of nothing?

We can have our hope shattered by people who don’t really care, which is all knock on for the next relationship. Granted, you seem eager to go on a doughnut date with me, but so did the last guy and what caused his change of heart? I DONUT KNOW. Perhaps it is all a change of heart, or the intentions were never really there, but either way, my god are these guys great at making plans they don’t stick to. Yes, I would love to go snorkelling with you in the Maldives, but do you mind meeting my mates first?

Love Island: Five Connections That Are Stronger Than The One Between Arabella And Danny 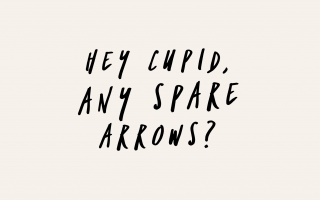 “The pain though, oh the pain, you’d swear the card had hopped on me whilst carrying a sword…”