Rant Of The Week: Someone Else’s Success Is Not Your Failure

Earlier this week I was speaking to a Leaving Cert student. They told me how they felt down about their own ability because a student in their class kept questioning what their goals were for the future and making them feel inferior because the amount of points each of them got in the mocks were so different. Flashback to a few years ago and I was also that student, feeling inferior and a bit lost, staring around at a school full of girls who were feeling the exact same way except some people were better at hiding it than others.

Let’s come back to now and I am still feeling lost, like every other person in Ireland my age who can’t remember their Leaving Cert properly. Now that I am living in the real world I realise how easy I had it in school and the mid-life crisis doesn’t actually hit you until your twenties come at you full force. Now that I have experienced all my friends going off to college near and far, people dropping out of college, people finishing their degree, the struggle to find employment, trying to keep my bank balance above fifteen quid, friendships dropping like flies, magical men who are bloody great at disappearing acts and the realisation that I am now an official adult with no way out of this, that mid-life crisis has hit me, bang splat in the face (which is the only thing that has slightly improved since my teenage years, everything else started going downhill – Boobs, my metabolism and tolerance for people’s bullsh*t included!)

Okay, no. I’m being a little bit dramatic, but trust me, when you take off the pinafore forever you will leave that world far behind you. I have met many people in my time who enjoyed staring down their nose at my desire to follow my own path even though it was so different to theirs. You’re not in a position to look down on anybody, ever. None of us are. Who are you to put yourself on a pedestal? At what point in school do you think you’re hiding diamonds, complete power and the answer to the world’s biggest problems in the front of your school bag rather than a half-eaten mouldy ham sandwich and a broken compass like the rest of us? You cannot compare William Shakespeare to Isaac Newton and say one of them was more talented and well off than the other. You cannot measure somebody’s ability and future on a scribbled grade at the bottom of a sheet of paper.

When you’re young, everything seems like it’s the end of the world. Take this from a girl who didn’t have a huge group of friends, the girl who was anxious, sensitive and cried about everything, the girl who used to dodge the ball at all costs in PE, the girl who’s pinafore never fit right and always hung below her knees, the girl who used to fear her first kiss and never drank wildly on weekends while rumours swirled about all the girls in my year who were supposedly going to random sessions and having nights of passion with random boys from the school down the road… frightening stuff for a girl who’s brain was still learning and who’s body was still developing. (Side note: The development is hopefully still an ongoing process, I wouldn’t mind growing an extra inch or two but for some reason my waist and leg hair have somehow got the memo rather than my height!) Look, my point is, we don’t have Cheerleading squads in Ireland, but if we did, trust me, I most definitely would not have been on it.

Now the reality is, I’m still anxious and cry a lot but I stand up for myself too and the person I have grown into and fought damn hard for. Since school has ended my talents have been recognised which means the world to me and puts a little smile on my face before I close my eyes every night. I am now the one drinking wildly on weekends while trying to shake off the popular boys in school who suddenly start to notice you when you start to blossom. The funny thing about this though, the popular boy is no longer appealing because as you are blossoming so are all the boys who went unnoticed for years just like you did. No amount of vodka and blackcurrant can make 21-year-old me believe “popular” is a real term anymore because life isn’t set in an American High School and these days, cutting out people is much easier than cutting out carbs. As you grow up you realise that you don’t have to blend into the background of a group who don’t make you feel good about yourself. Not benefiting my life, my happiness or helping me grow? Cya, bud! 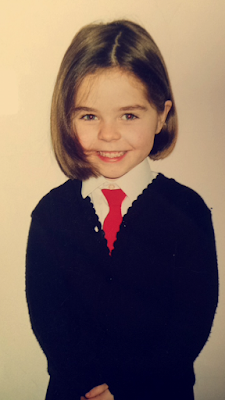 Back to the exam situation… you want to know what isn’t a mock? LIFE PEOPLE, THIS IS THE REAL DEAL. You can spend it working your hardest to float your own boat or you can keep floating others, but trust me, if you work on others, yours is going to start sinking pretty quickly. You are you and as cheesy as that sounds, it’s the truth. In the wise words of my brother (who probably read this online or something, let’s be honest) – Someone else’s success is not your failure.

And guess what? Not one person has asked me how many points I got in the Leaving Cert so well done on whatever result you get but if this is the way you plan on valuing yourself or other people from August onwards, you’re going to be in for a bit of a shock when you step into the real world and society is ready to view you as an equal and life is ready to set everything on fire! For example, as I am writing this I have looked down and as you can imagine, am bloody DELIGHTED to realise my jeans have split due to my thunder thighs. My favourite jeans may I add. You know, the old reliable casual and dressy skinnies when you plan on wearing jeans and a nice top? Yep, that’s life my friends.

So that I don’t end this post on a completely negative note, I just wanted to get the point across that what’s for you won’t pass you. I’m not here to give you study tips because I could do with some of those myself, but I am here to remind you that everyone’s journeys are so different and the journey really is the best part, getting where you truly want to be with the people who truly believe in you and want to get there with you. The hype you’re going through now is nothing compared to what’s ahead of you and when you leave those school gates for good, the time spent there will become fond memories, blurring in time and you will realise that adventure really has been waiting for you and now it’s time to start living it.

My t-shirt dress is from Penneys!
PrevPrevious Blog
Next BlogNext