Tale As Old As Time: Why The ‘Beauty And The Beast’ Remake Is So Important 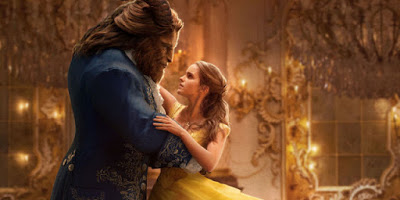 I have always been a Disney lover. I spent most of my younger years in front of the television with my sister and a pile of videos, I then went to Disneyland and was completely fascinated by my surroundings and how magical it all was, and then later on in my teenage years I dressed up as Snow White for Halloween, a costume I had dreamed of for years. Now, at 21 years of age I am still the same. I still carry all of my Disney knowledge with me and dream of being one of the Princesses. If you want to be a Disney Princess when you’re little, you’ll always want to be a Disney Princess, trust me. Anyone know if Disneyland are recruiting?!

Due to all of this, it is no surprise that my whole week was dramatically transformed the moment I heard they are doing a Beauty And The Beast remake. It always was and always will be one of my favourite Disney films. This 1991 film came at a time when Disney Princesses were becoming that bit more sassy and independent and although the films were still romantic and dream like, the Princesses had too much shit to be doing to spend their days lying around waiting for true loves first kiss. Don’t get me wrong, I love all those older movies too, but a bit of good old girl power never hurt anyone.

I was born in 1996 and I’m now 21, so even though 1991 may not seem like a long time ago to many, I can guarantee you the little girls of 2017 aren’t all too familiar with Belle and her adventures. Who better to revive her than Emma Watson? She’s perfectly suited for the role of Belle anyway, the perfect princess material but has also done amazing work for women’s rights and is a major influence and role model in 2017. During a time when women’s marches are going on worldwide, a film like this is needed to bring a light hearted and understandable approach on the topic for our future generations of women. We all aspire to be like Belle – the girl with a fire in her belly that not even a Beast can put out.

Binging on Disney movies is not a negative way to spend your youth. Belle was not a helpless woman who relied on a man to save her. She spent her days reading books, despite the whole town thinking she was different and odd. She supported her father in everything he did no matter how wacky his ides and ambitions, and she was not impressed by Gaston’s efforts to woo her with his sexist views, narcissism and complete arrogance. She did not fall at his feet despite other women wanting him for his good looks and promises for the future. Even when she had a beast towering over her in a dark, isolated castle she didn’t back down because that girl was only there for one thing and that was to get her father back no matter what the cost. Romance wasn’t on her radar at that point, but when it did finally get there, it was because she fell for the Beast’s true self, she had no interest in him when he was disrespecting her.

As cheesy as it may sound, Belle taught us all that you can’t let a man treat you like you’re inferior, no matter the size of his muscles or his castle. On the other hand, she showed us that appearance isn’t everything and it’s very easy and completely okay to fall in love with a person purely based on their personality. And for all my fellow daddy’s girls out there, she reinforced the fact that no one messes with your quirky inventor and gets away with it because he will always be the king of your own fairytale.

No matter what changes they make to the story in the new version, it is still bringing our love for the original movie back to life and bringing the magic into the lives of the younger generations who need to see it. Is Beauty And The Beast educational? Of course it is, when I have children in the future I’m going to watch it with them. I think it is time we all start getting our old videos out of the attic and planning our cinema trips! 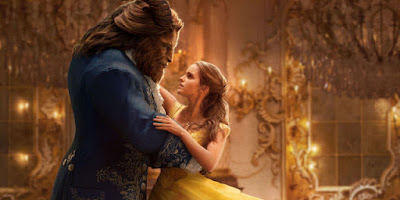 Belle isn’t just a Disney Princess, Belle is a role model. It’s okay to be different, it’s not okay for a man to disrespect you, you can stand up for yourself and what’s right, it’s what’s on the inside that counts, and don’t lose faith in true love because it really is more powerful than you think – breaking curses and what not, what more could you want?!