Home / Lifestyle / The Things Disney Never Prepared Us For

Most of us grew up watching and waiting for that perfect man, a pair of glass slippers, some talking animals and fairy godmothers to give us guidance. Yep, I’m still waiting. However, it is clear to me now at 20 years of age that there are many things Disney did not prepare us for..

1. You can’t change the beast
Sure, you can try, but so far I’ve met plenty of Gastons and plenty of Beasts who could use a little editing. Why don’t you text back? Why are you so mean? Why do you go so weird for three weeks straight then appear again? This resulted in f***boy failure and was a complete and utter waste of time. Obviously if he has a castle though, do give it a go.

2. You’re not getting the shoe back
Remember that fab pair of Penneys heels you wore out the other night before you lost one of them after four rounds of tequila shots? Yep, keep them in your memory because you’re never going to see them again. Even if that guy you shifted has your shoe, do you really think he is going to be brave enough to contact you first? You have more of a chance of being contacted by your ex-boyfriend… or the spirit realm. Harsh, yet true.

3. Mother actually does know best
They may not mean it in Tangled, but honestly, she does. I know Flynn Rider was actually a great guy but in general if your mum says a guy is bad news, it’s only a matter of time before you realise she’s right.

4. The Evil Queen is more realistic than Snow White
If there’s a handsome prince in town and you hear that some girl down the road is being called the fairest of them all (she’s also popular with like seven friends while you only have a mirror to chat to, just sayin’) then chances are all that crazy will go to your head so poison apples and a massive castle to plan and plot in will suddenly make sense. Note to self: Boys can drive you crazy so you must invest in a long cape that dramatically flows behind you as you strut around in a crown to remind yourself who you really are.

5. Sleeping your life away isn’t the answer
It turns out a handsome prince doesn’t just turn up and decide he loves you while you’re having a lie in after a night of heavy drinking, you actually have to get out there and find him. Pretty grim, right? Time to download Tinder again, lads.

Getting My Mojo Back! 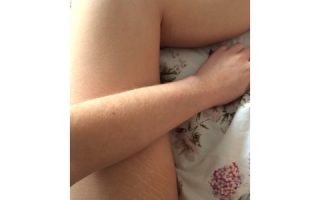 Beauty And The Beast: Girls and Body Image In 2016

Rant Of The Week: Living In A Zoo