Rant Of The Week: Maleficent – Hero Or Villain?

As many of you may already know, I decided to dress up as Maleficent for Halloween this year. So, needless to say, after a few glasses of wine it was only natural that I would get into character. This character was the blubbering mess we see when she has her wings taken from her, and the determination to get her power back from the person who hurt her the most. Well, apologies to anybody who saw me over the weekend because I had also had my wings taken from me. 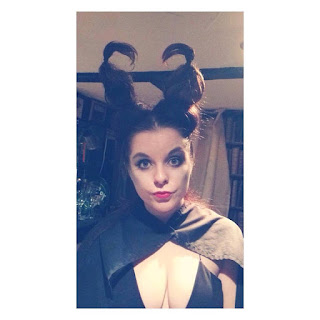 When watching Sleeping Beauty, we are all very quick to judge Maleficent, none of us decided to wonder what had gone on in her past to build up that rage. Well, I’m usually a very gentle fairy but after having my wings taken it was only fair that I went on a hunt to get them back. My wings being my confidence, my inner strength, and my happiness – my power. Sometimes you can’t explain your feelings or desires to others. Some women move on the first time they get their heartbroken, other silly women, such as myself, seek answers… answers that are staring us in the face if we read between the lines, but for the hopeless romantics like me, we need to hear the words ourselves.

After building up that fire in my belly and confronting the situation head on, I was finally hit with the honest, horrifying truth. Bear in mind, this was a long time coming. My wings had a habit of running away from me in the past every time certain people entered the room and would drive the butterflies in my stomach insane. However, as butterflies filled my stomach, all logic and sense would leave my head, resulting in lost wings , and lots of unanswered questions.

Maleficent had been hurt by Stefan in the past, the one person she presumed would never hurt her. We’ve all been there, we all have a Stefan, and we all try to hide the villainous side of Maleficent which sometimes shows in times of heartbreak. However, after many years, many beers, and many tears, the one answer I had never wanted to hear suddenly became the answer I had been needing forever. As my peace of mind settled, my wings grew back. I own all my power. Removing toxic lust only makes more room in your heart for when that real love comes along. Maleficent, hero or villain? Hero. Definitely hero. 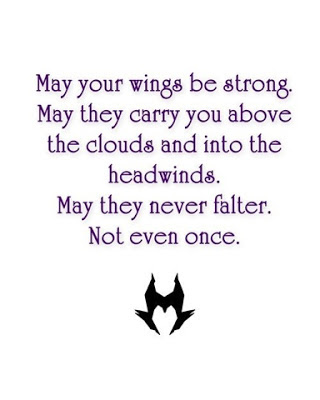