Home / Lifestyle / Problems That Only A Younger Sister Will Understand

Ever since 1996, I have been cursed with a strong dose of middle child syndrome. My sister is 21 and my brother is 16. I am equally close with both of them but I think all of the sisters out there will be able to relate to this blog post!

You Realise When You Hit Your Teens That You Have Been Very Unfairly Treated For The Past 13 Years
I remember when I was little I wanted to be called Paige when I was playing a game with my sister. She then decided that she wanted to be called Paige so told me I had to be called…Paper. No word of a lie. The worst part is that I actually went along with it instead of choosing a different name…
They Give You The Advice That You Don’t Want To Hear Even Though You Know Its True
“I’ve started texting him again, he’s changed…I looove him”
Friends- “Ok, just be careful because you know how he treated you last time”
Sister- “You’re some dope. Dope.”
When They Get “Cool” Your Sisterhood Goes Down The Drain
She’s your big sister, your role model, which is fine until she hits that age where you are just her embarrassing younger sister and she wants to be cool. You are no longer a team and she will not appreciate you getting the exact same henna tattoo in the exact same place as her while on holiday. Trust me, I learned the hard way…
Don’t worry, she will be back eventually!
She Notices Everything When She Gets Back From College
“Did you get tan on my bed? Are those my socks? I don’t remember leaving that top in your wardrobe?” You need to plan these things better to prepare for her arrival home. I suppose I could just wear my own clothes and sleep in my own bed, but naaah.
You Don’t Care If Her Boyfriend Is Prince Harry, If He Breaks Her Heart He’s On Your Hit List
The rest of the world may think he’s the best thing since sliced bread but if he doesn’t win her heart on a daily basis then he doesn’t win my approval for being her future husband and future uncle of my children. Soz.
Trust me, nobody can break the sister bond, it’s indestructible. We hate the same people and wear the same clothes. We’re basically one person. 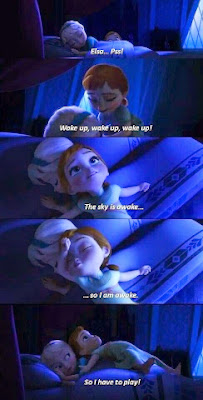 A Cosmetic Comparison: If Men Were Makeup

Some Of My Guilty Pleasures

Rant Of The Week: Mistletoe And Cheap Wine