It was 11:30 on a Sunday after a sleepover. The sound of a wailing Gracie livened Frankie out of her sleepy state.  “He is on a date!” “Wait, what?” Gracie had been seeing (whatever that means these days) a guy on and off for about two months. There was a few smirky face emojis and too much juicy gossip landing in the group chat every Sunday morning. However, like many men these days, he was completely unpredictable and oblivious to the fact that this group of women were now completely invested in his schedule.

“Wait Gracie, why do you think he’s on a date?” “He was being completely bizarre all week and just posted an Instagram of two cakes in a cafe.” Frankie knew she should probably reassure Gracie that everything was fine, but since she couldn’t fully confirm that, it was time to start plotting. “I have a great idea!” Frankie ran into her brothers room and began the hunt for a pair of shoes. Considering he could never find a pair himself, it was unlikely she would quickly either. After finding one runner, she decided that would do the job.

The pair walked outside into the garden. After finding a picturesque spot of grass dotted with daisies, she put down the shoe and put her size 3 foot into it. “Put your feet beside mine and pass me your phone!” A now clown footed Frankie zoomed into the shoes, snapping a lovely picture and captioning it “Chilled Sundays.” The picture was iconic – a perfectly placed shot of a male and female spending the day together, or so they hoped he would think.

The kettle had never boiled more slowly as they both waited for him to make contact. “He will, just give him time” Frankie assured Gracie who kept refreshing all of her apps to the point of explosion while understandably rambling on and on: “I wonder who she is? Where did they meet? Do I know her?” Frankie was disappointed and hoped for the best, she really had been rooting for this guy, but also hoped it was someone of significance now to save the humiliation of staging a shoe for no reason apart from yet another unnecessary meltdown.

A phone buzzed and the two of them leaped to their feet. Much to their disappointment, it was just Frankie’s brother who had copped that his clothing had been used for the sake of sabotage. “Who are you trying to make jealous with my shoe?” This was one man Frankie was well prepared to ignore over text, she would deal with his judgement later.

“HE SNAPPED ME!” screamed Gracie at 2:15, causing Frankie to nearly choke on her crisp sandwich. They both stared at the screen, reading the words written across the generic snap: “Day out with mum” Oooops. Both pairs of eyes then moved to her list of story viewers, hoping to see his name. His name was nowhere to be found. Double oops. “Frankie, now don’t get me wrong, I appreciate the sabotage effort, but I feel a bit mortified about the length we went to for this considering he didn’t even see it.” In that moment, Frankie’s brother was making his way down the garden so she had the perfect way to fix the damage “Oh god, it’s too late to delete now, pass me your phone again!” she said.

As soon as her brother walked through the door, she snapped a picture of his face and uploaded it to make sure the male shoe now had a face that wasn’t hers or a possible new mans. He asked what they were doing, to which Frankie replied: “Have you ever been so paranoid that your man who isn’t actually your man is with another girl so you stage a fake photo to make him jealous?” He stared at her with that blank male look of confusion and said “Are all girls this weird?” “Nope, probably just us.” said Gracie as she happily and shamelessly pouted into her phone. 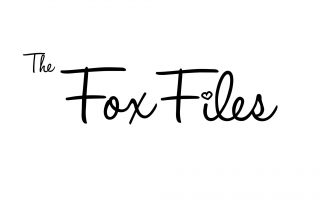